This is a doozy of a dilemma for me. In the grander scheme of life it’s no big deal, but in the confines of my race schedule, it’s a doozy.

I am currently scheduled to run two races on Saturday, March 31. One is in Richmond and one is in Philly. BOO!!

I signed up for the Monument 10k a while ago (and even got into a seeded wave!!!!!!) since I’ve participated in that run for the past several years. Really, it’s kind of become a tradition. I’m also excited about the possibility of destroying my previous 10k PR of 57-something. The Monument 10k is such a fun (yet insanely crowded) race so it was really a no-brainer for me to register again this year.

That is until the Philadelphia Phillies announced the date of their uber popular 5k: MARCH 31. NOOOOOO.

Since I participated in the inaugural Phillies 5k last year, I was offered the opportunity to sign up an hour before regular registration opened. A bib in this race is like liquid goal (not entirely sure if that makes sense…but ya know what I mean). It sold out last year in less than a day, so I knew I had to snatch up a spot just out of sheer principle. Also, the Phillies 5k allows bib transfers, so I knew it wouldn’t be a total loss even if I don’t end up running. 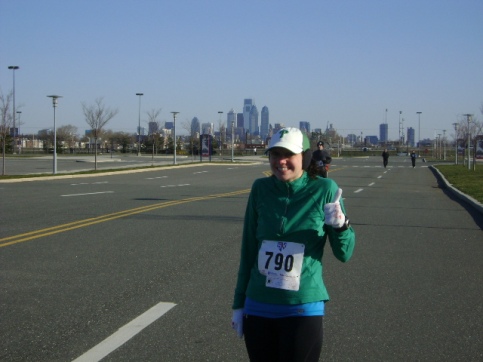 I heart Philly (despite the cold). 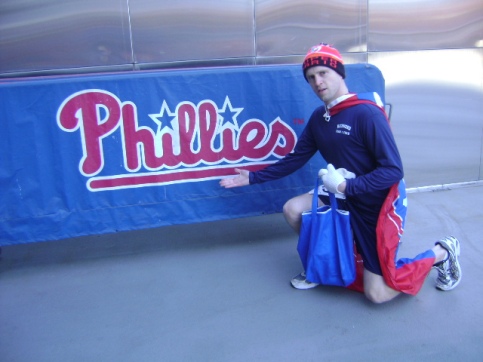 So does Brian...no question about which race he'll be running.

As it stands I’m still not entirely sure what I’ll end up doing. So far I have these dilemmas…

BLAH! So much back and forth. At least I’ve got some time to decide!